I can not believe I am about to do this. I am writing on MY blog, a sports related story. Check back later and see if I have gained some sanity and written something else.... I swear the excitement of the last play of the last two games I witnessed did it to me, drove me to write this post. Sports can be exciting, I can see the appeal, and I like watching games in person if I actually know the people playing. (so, yes that would be high school/college/local stuff- since Brett Favre and I are not all that close) Alright - on with it. A blog post about sports: 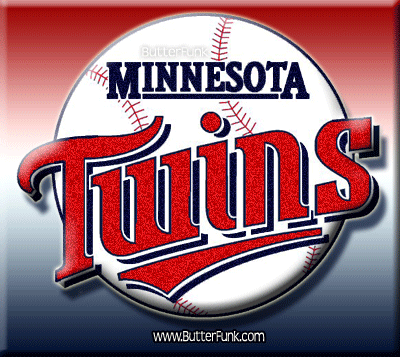 I am not THAT big of a sports fan. In fact most times I don't much care what game is on or who won what. Most likely this is because I live in a state that sucks it up more than they don't. I am used to being the team that seemed like they might - but OHHH no! However, because of the radical come back of the Twins Ball team. I happened to be paying attention to a little baseball team from Minnesota that could. The Minnesota Twins are the American League /Central Division Champions. I tuned the radio in just in time to hear the game winning play, driving the babysitter home after teaching a class last night.

This on the heels of watching the Vikings defeat the Green Bay Packers. Of course this was a big deal due to the fact that we picked Brett Favre's butt up out of the gutter and gave him a chance to "go out his way". What is more shocking then both teams winning rather large games, is that I paid attention to two games in a week and it is not even close to the super bowl. 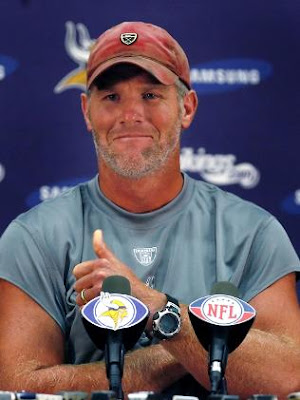 he is kinda cute
Posted by Just Jules at 9:32 PM

Labels: I can't believe I wrote a sports post

Jules, are you ok? Is this really you? I think I'll fly up there and see if dearest has traded you out, cloned you, Stepferd-wifed you or something!