Suffering and Dying due to the FDA? 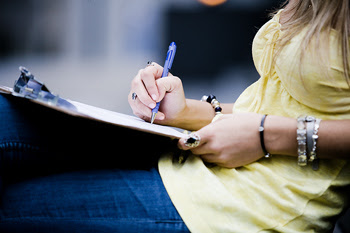 In November 2007, a 60-page report titled “FDA Science and Mission at Risk” was released by the FDA. In this report, the agency admitted that it lacks the competency and capacity to keep up with scientific advances.

The FDA now admits that Americans are suffering and dying because the FDA does not have the scientific ability to ascertain if new drugs are safe or effective or to evaluate scientific claims.

These failures affect the health of all Americans. Good drugs are not approved or approved after interminable delays. Even after new drugs are shown to be safe, doctors cannot use them with terminally ill patients whose cases are otherwise hopeless. Bad drugs are approved -- often on the basis of a recommendation by panels whose members include drug company consultants.

The record with the food supply is almost as bad as with drugs. When fresh food turns out to be contaminated, the only solution the Agency can come up with is to "nuke" it with radiation. What does this do to food? The FDA certainly does not know.

The FDA pushes forward, approving faulty and dangerous drugs and medical devices by the thousands and approving toxic chemicals for use in baby formula, baby bottles, and prescription drugs. Meanwhile, the FDA pursues what can only be described as a harassment campaign against those who want to rely on wholesome foods, dietary supplements, and lifestyle changes to achieve natural good health.

A veritable revolution is taking place in the science of food, food extracts, and food supplements. Food producers would like to tell the American public about it. Millions of lives could be saved as a result. But the FDA will not permit it. The Agency ignores first amendment protections and censors the communication of valid scientific information.

The epidemics currently plaguing this country -- cancer, obesity, diabetes, asthma and allergies, and many other debilitating disorders -- are linked to manmade products and processes that the FDA has approved and promoted. These failures have resulted in the sickest generation in the history of this country. The agency seems to have lost sight of its mandate to protect the public and has instead come to see itself as the guardian of corporate interests. It is time to end the many conflicts of interest linking the FDA to the pharmaceutical and chemical industries, conflicts of interest that betray the public and harm so many American consumers.

It is time to reform the FDA!

To persuade Congress to address the comprehensive failure of the FDA, the American Association for Health Freedom has drafted a petition to reform the FDA.

Simply go to ReformFDA.org and add your signature.

If you've caught my blog at the right time, you know I don't trust the FDA. It is a gutted agency, under-staffed and under-funded. It is also populated with people who are in bed with the people they are supposed to be regulating.

It's relieving to see someone besides myself talking about this, let alone concerned about it. Most people I know have adopted one of the following familiar attitudes of "they wouldn't let that happen, our food and drugs are just fine", "oh, that's just the conspiracy theorists stirring everything up again", or one of disinvolvement and a false belief that they are not affected by it.

I'm going to link back to this if you don't mind.

About time someone ratted out these crooks! Off to add my name!