He Had No Blood Left

I thought that this article from Time magazine would be interesting in light of the one from Newsweek that stated:

"According to the American Religious Identification Survey the percentage of self-identified Christians has fallen 10 percentage points since 1990, from 86 to 76 percent.

Fewer people now think of the United States as a "Christian nation" than did so when George W. Bush was president (62 percent in 2009 versus 69 percent in 2008).

Two thirds of the public (68 percent) now say religion is "losing influence" in American society, while just 19 percent say religion's influence is on the rise.

The proportion of Americans who think religion "can answer all or most of today's problems" is now at a historic low of 48 percent. During the Bush 43 and Clinton years, that figure never dropped below 58 percent."

So, who is Jesus? (as seen in youtube video)

Why did he choose to die, and how did he meet his historical demise?

Jesus of Nazareth, a Galilean Jew who was regarded as a teacher and a healer, was charged with sedition against the Roman Empire for claiming to be the Holy Son of God.

At the age of 33, Jesus was condemned to the death penalty – He was crucified.

At this time in history, death by crucifixion was reserved for only the worst of criminals. Large sharp nails, about 15 to 20 cm long each with a point of 6 cm, were carved into the pulses -- not into the palms as you’re typically told, as the flesh of your palm would simply tear from the weight of your body.

In the pulse, there’s a tendon that extends to your shoulder, and when the nails were hammered in, it would break that tendon. 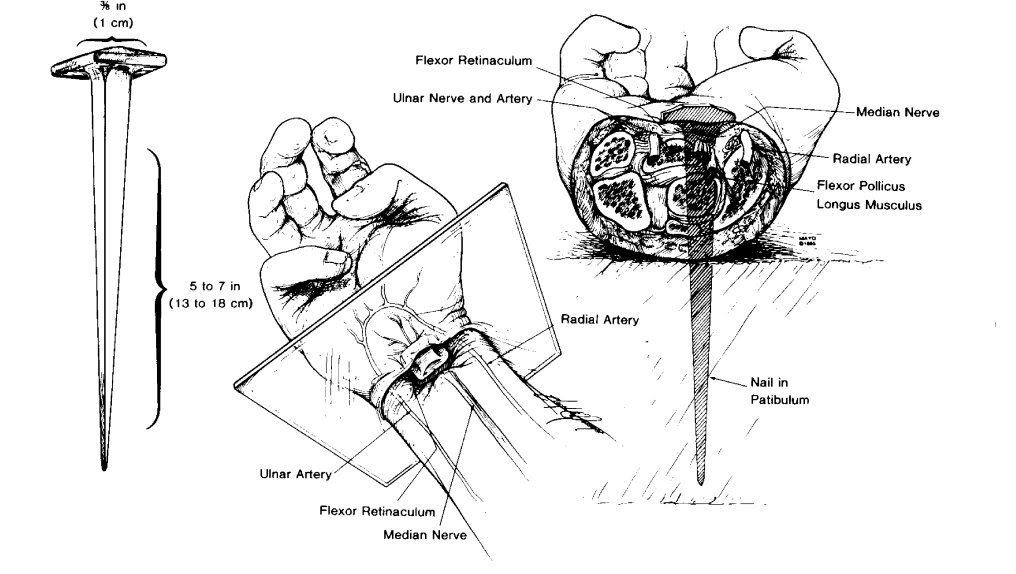 This forced Jesus to use all the muscles of his back in order to breathe, as the air was forced from his lungs by the weight of his torso. In this way, Jesus had to support himself onto the single nail carved into his feet, which was bigger than those driven into his pulses, as both feet were carved together. 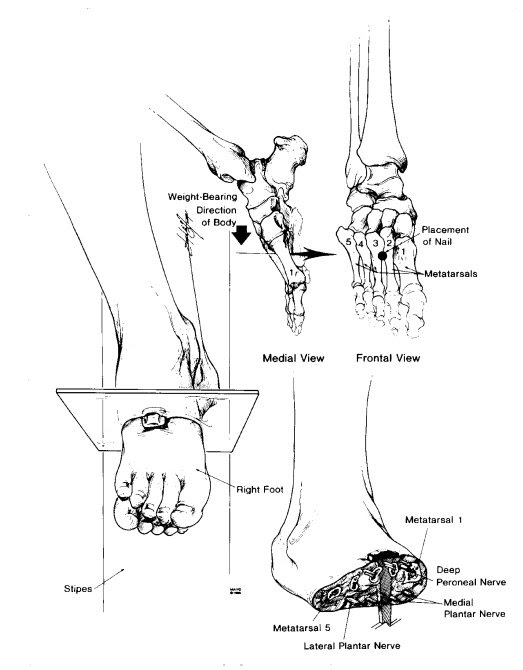 Since his feet could not endure for a long time without tearing, Jesus was forced to alternate that “cycle” in order to breathe.

It is believed the process of crucifixion took several hours to complete. Jesus endured this cruelty for 3 hours.

A few minutes before He died, Jesus was no longer bleeding, for he had no blood left in his body. He was simply pouring water from his cuts and holes.

The human body is composed of nearly 3.5 liters of blood (for adults). Jesus shed every drop of His blood. He had three nails hammered into his members; a crown of thorns on his head and a spear plunged into his chest by a Roman soldier insured his demise.

Added to his suffering was the burden of carrying his own cross for almost 2 kilometers, weighing 30 kilograms while the crowd spat on his face and threw stones.

Why Did Jesus Choose to Die?

Christians believe that Jesus had to pass this excruciating experience so that all the sins of the world could be forgiven. New Testament writers claim that Jesus’ death fulfills the Old Testament prophecies, which point to a servant who would be punished for the sins of others.

Isaiah 53:5, “But he was pierced for our transgressions, he was crushed for our iniquities; the punishment that brought us peace was upon him, and by his wounds we are healed.”

Christians believe that Jesus willingly sacrificed himself in the same way that lambs were once sacrificed as a symbolic way of atoning for sin.

Centuries later, it remains the most beautiful and poignant expression of love, humility and sacrifice.

HA! After I posted this my following went from 53 to 52... hmmm. Interesting.

A good thought provoking post. Thanks for posting it.

Really interesting post.
I have been to Israel visited the sites of the last supper, the 12 stations of the cross and Jesus tomb etc... What I found more amazing than any of the sites was the undoubted believe of these events and Jesus was the son of God.

Jesus did the best SACRIFICE of all.
Wonderful post!

Great post...very open with personal feelings without force. Truly a talent to do such a thing.

Oh....do not worry about the one or maybe 10 followers that drop. Most likely there is another reason. As I see it you were stating facts and percentages.

Blogs are for the writers as much as the reader.