Trying to make myself feel better 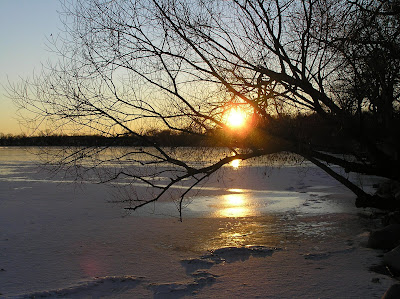 I am trying with this picture to make myself feel better. To remember what it could be.

I am seriously in a funk today and have been for a few days I believe. The weather should not be such a powerful force. But, we had such a hard, long, cold winter and now it has been a long cool , grey, drizzly Spring and Summer. It is 65 degrees and dark. We need rain, yet it has moved South of us. I was looking forward to this day - I prepared. It was going to rain. The earth would be watered and renewed, the positive ions would be released. I was planning on the kids watching movies and playing on the computer - something I have kept them from doing until it rained. I was going to drink tea, listen to talk radio and fold the laundry. But, instead we have a day that holds the light capacity of 7 o'clock and no rain, no relief. The kids are still watching tv and playing on the computer and I am still folding laundry, but it has lost it's romance. (if folding laundry can have romance?)
Posted by Just Jules at 10:28 AM

Well, it is 192 degrees here and everything is dying...so pick a weather depression honey! We don't get breezes, we get high winds!

I've revamped my blog...there's a new pic of me reinacting my wardrobe malfunction...that should cheer you up...if not call! lots of hugs and kisses

i know how you feel

If it makes you feel any better I love the picture. Hugs.

I'm with you on that one. We need the rain. But yes, I think folding laundry has a calm, quiet romance to it... : )

awww darlin'. Im sorry you're in a funk. xoxo

I remember a few summers like this in my past. The weather seems to go in cycles. They are saying the fall is supposed to be long and warm. That may help.Cheer up! Smile at the world.Don't let it get you down!

I'm still having trouble grasping the fact that youre in a funk cuz it's NOT raining...
I'm working on it. I guess I can see that you want the renewal and the cleanliness, but usually in the summer I want the heat and the sun and the pool and all that crap. It never occurred to me to want rain (unless of course we're in a drought but then I only want it to rain overnight.
BUT that is beside the point. If you are in a funk then I want to cheer you up. So be cheery. Ummm, that's all I got. But I'm hoping it rains for you.

You won't be down for long...I know you, girl! You are an optimist :D

Have a Happy Day and Feel Better Soon!
xox
Kelly