I am rerunning a post I wrote last February. We are preparing to go to the waterpark...which made me remember this post...... it is worth repeating. 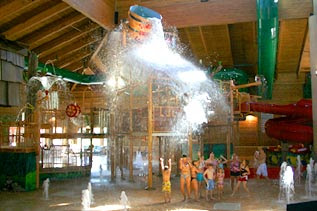 Because, on that day in the water park one thing became quite clear to me. When it comes down to it they all end up looking like dads.
Posted by Just Jules at 10:54 AM

all great advice. I wonder how many of the men would be insulted by saying they look like dads.. the greatest compliment actually

Fun to read again. This year should be better, you should be able to be with the 'grown-ups' also being your wee ones are getting less wee. I hope you have a great weekend. Love the pic of the guy looking in the mirror. Do you think that is what they see????? Could be.

GREAT post.. i too turn .. or have turned into psycho wife.. being stuck with the kids while everyone else has fun.

yeah go for the inside...there are still some nice guys out there...like me! :-)

They do, they really do.

Scary. How many of those dads quit smoking too? That'll slow the matabolism...Time to lay-off the butter tarts, methinks

Of course this makes me think of my young daughter and her future...thank God for prayer!