Pondering a thought I have pondered before

As we move through our days and eventually our lives we effect others. Whether it is as simple as holding open a door which in the end prevented a person from spilling their coffee or something larger, like donating a kidney and saving a life. Each and everything we do effects others.
The stickler is that we don't usually know how we have an impact. I have blogged about this before (I will try to link later) but we are like a stone and the ripples we send out may never be trace-able. 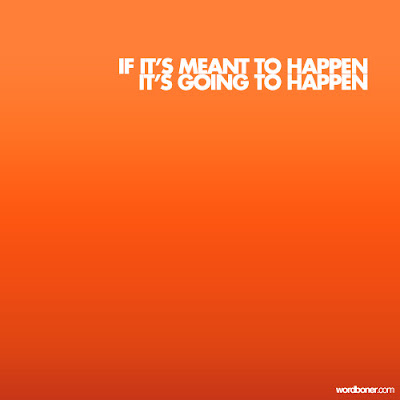 An example, because I love visuals. I met my friend Amy at our children's early learning/pre-school. When I met her, she and her girls were deathly afraid of dogs. As we became friends and talked I was telling her about the show "The Dog Whisperer" (a show that I started watching because my neighbor told me about it). I told her that if her and her girls could understand how to handle dogs they may not be as afraid of them. The end result: This family is now the proud owner of a dog - a big dog, and the fear is a forgotten memory.

Let's thinking about what you are doing right now... blogging.
Have you thought about how you found this blog or others? Think about the relationships you have made through blogging - the ones you never expected to make. Doesn't it seem like some of them were meant to be? I have ended up with some very wonderful friendships through blogging and those friends effect my life -even though I have never met them. We help each other, we "listen" and we laugh. But, why/how did they land in our laps (computer)??? Now that is a thought. Someone asked me last night how I found their blog in the first place. I had to really really think about it. In the end I truly think it was fate. (that was a whole other discussion). Fate... one too complex to get into on a Saturday.

There are a lot of forces in life all of which are playing a part in our everyday.
We and others are one of these forces.
How will you effect someone today?
Hopefully in a positive way.
Your words and your actions matter.
Think on that.


Then let me know what you thought.
Posted by Just Jules at 9:06 AM

so so true. kind of makes me paranoid to have children, actually.

I've been thinking on this subject a lot lately. I've recently gone through some things that I thought I'd have avoided...but I just kind of had to do it. At the time, I was pissed, but now I'm SO grateful. Because of it, I've met a wonderful friend.

This friend at work is one that doesn't talk to people about his private life...he's quite private, while also being a bit of a social butterfly.

We became instant friends and I immediately felt an intense need to be around him and we both felt like we'd known each other forever. Initially, this freaked me out, since I'm married...but come to find out, he's gay but very few people know...and no one at the office. I strongly felt an urge to protect him and help him (similar to the way I feel about my brother) the minute I met him but didn't know why and the wondering was killing me.

After becoming very close over the last month, I've discovered that he also has a little bit of a cloudy past that he's trying to overcome, including some unhealthy addictions. Once I found this out...I just felt washed over with serenity because all of a sudden, it just clicked...we are meant to know each other so that I can help him through this. In turn, he's actually helping me a little as well.

Sorry for such a long comment! This subject just really has been on my mind and I don't feel I can talk about it on my own blog. lol. :)

I try to donate at least one kidney a week. It is the least I can do.


I am always wondering how folks that met me online ever lived without knowing me?!

I am not a very sentimental person but I find myself thinking about this all the time. I think if you would have told me a year ago even that I was going to meet people on line and grow to love them, I would have laughed in your face.

Now I think about those that I have grown close through the internet and I am such a much better person because I started blogging and meeting friends.

I am not sure how much I believe in fate but somethings are just inexplicable. I have thought about this blogging thing a lot. Posted a few times about the internet...but whatever the reason I have met some wonderful people that have undoubtatly changed my life.
xx

My first thought was about my first "big break-up"... you know, the one that completely rips your heart in two? Although it was terrible horrible and I'd never ever want to experience the pain of it again, if that had not happened and the pieces fallen the way they did, I never would have met hubby.
I know I haven't explained the circumstances enough to show the progression, but since this is a comment and not a post I'll leave it at that. So let's just say "I AGREE!!"

Besides my family and bf, the people I have become aware of thru blogs and such are so much more interesting that my coworkers. They are so negative and blah and you don't want to hear about their issues...I would much prefer to hear about problems others are having online - maybe because they aren't right in front of me, but not just problems...their stories are way more interesting. I love the blogs I've come to know.

Perfectly said... and I believe in "If it's meant to happen, it's going to happen." Sometimes, it just doesn't happen as quickly as I may want.

Interesting. We probably on the whole don't stop to think about how we affect other people. Sometimes it can come as a shock when we learn what effect we have had on someone.
I found you through your comment on Tom's blog.

Well said, and so true. I would say more but I have flu and my head is foggy! But, in short, I agree.!! x

How DO we find blogs? I have made some awesome friendships since launching on blogger.

I have found you, and a bunch of others!

Spud has a heart at the end of each post that you can click on if you like a post but don't know what to say. We need one of those. I am still travel weary and can't think of one intelligent thing to say accept yes, I agree. Heart you friend.

Cherished By Me said...

I've had the worst eighteen months of my life and have sought lots of different therapies to help me get through it all in one piece.....it always comes back to the same thing, that everything is for a reason and nothing is coincidence.